Concert at The Imaterial Festival 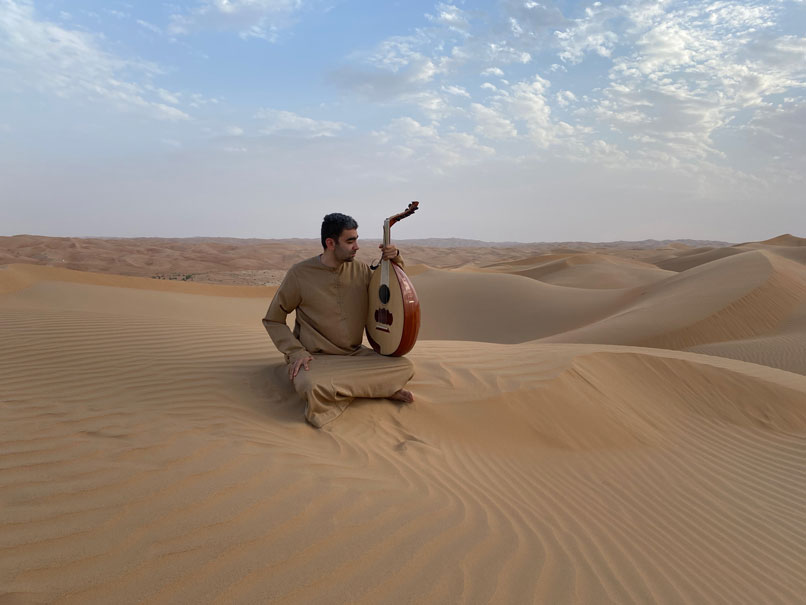 The second part of the concert program will feature Mustafa Said's newest project: "Into The Silence Zone" which was priemered at the Museum of Civilizations of Europe and the Mediterranean (Mucem) in October 2020 in Marseille, France.

Notes on "Into The Silence Zone"  by Mustafa Said.

" In literature and history, all people who where known of wisdom, their main advantage was silence. A person would easily find in these books that this prophet or that philosopher was silent most of the time, never talks except when it is necessary to talk.

What happens in these moments of silence? What do we listen? Do we digest what we listened before? Think of them? Or do we listen again from inside as if they get back from inside the ear to outside in a reversed movement like a wave in an ocean?

In silence I listen, most of the time to melodies or sounds that I do not recall them from the memories. Few times, yet, I listen to melodies as if from a phonograph, repeating the same disc. Sometimes more than one phonograph works, sometimes it’s direct, sometimes deep. Sometimes near, sometimes far.

Comparing a poem sang in two melodies by two singers in different decades. But not only the melodies, comparing, inside, even the quality of records, progress throughout time, technology and differences between recording companies in sound.

I try, in this work, to reflect this inside listening that does not have an order or a reason. Make the dialogue with my Oud, or let me say, my imagination of how my interpretation or vision of these waves coming together.

All discs are from AMAR foundation except two discs where their sources are mentioned above.
All other works included in the work are contemporary compositions by Mustafa Said.
Ouds are made by Albert Mansour and Sebastian Stanzel.